An interview with Daniel Armstrong from The University of Texas at Arlington about the evolution of separation science and its recent and future developments that are helping to advance many applications.

Why do you feel it is important to share your experience and your knowledge with the next generation of scientists?
I think it is important because that is the only way to advance humankind. We have to teach the next generation. I spent over 40 years learning and inventing a variety of things, and I do not want my students, associates and other scientists to spend the next 40 years of their life relearning or redoing the same things.

It would be better if I could teach them or relay what I did in a year or less time and then they could spend their time advancing things to a much higher level. That is how we all progress.

How have the techniques you have used in separation science evolved during your time in research?
They have evolved hugely, both in hardware and software. When I began HPLC, it was a new technique; it was all analogue. There was a strip chart recorder, and eventually, microprocessors came about. When they were added it was seen as a wonderful advance, and then eventually computers advanced to the point that they controlled everything but sample preparation.

This was a mixed blessing because while computers can save you time and effort, they also create some ignorance. I try to teach my students that computers are to be used but not believed.

Also, in my time, we have seen hardware for supercritical fluid chromatography and packed columns become available, mature and become useful, as well as 2D separations, both 2DGC and 2DLC have come into being.

There are numerous techniques like this, not the least of which is LC mass spectrometry. Nobody can deny the importance of LC mass spec, and there was no LC mass spec when I first started. Now we and many others use it all the time. 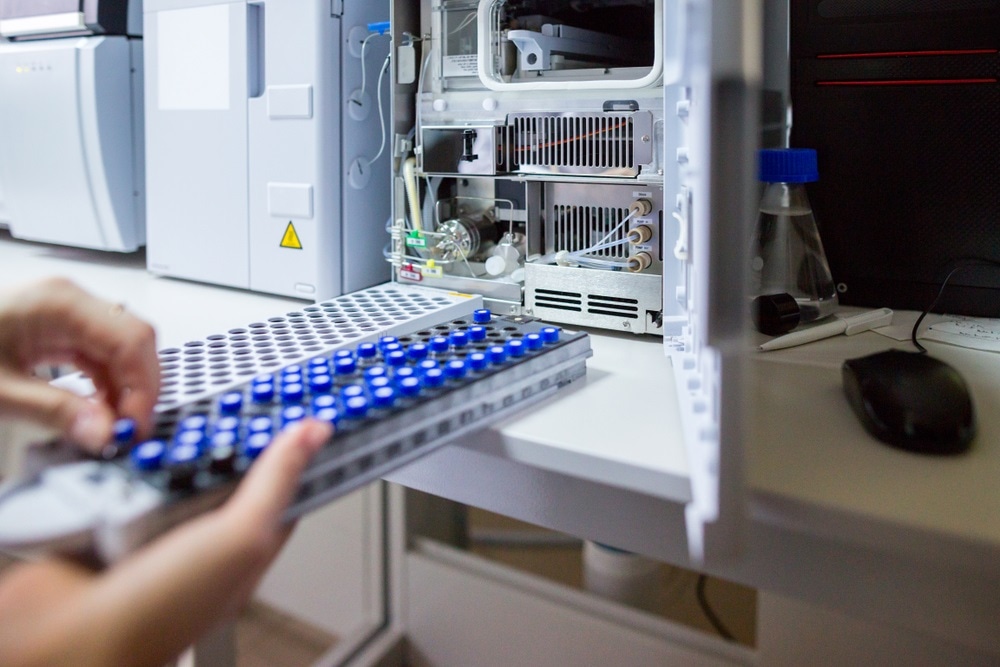 You are known by many as the ‘Father’ of pseudophase separations. Why is this?
In 1952, when I was two years old, Martin and Synge won the Nobel prize for the invention of partition chromatography, and this was a two-phase separation, a separation between a stationary phase and a mobile phase.

It has been used to explain fundamentals in liquid chromatography and gas chromatography, and it has also been used to get binding constants of small molecules to proteins, micelles, cyclodextrins, and all sorts of other molecules. It has been hugely useful. We extended the Martin and Synge work from two phases to three phases using a pseudo-phase. That is why it is sometimes called the three-phase or pseudo-phase model.

Your laboratory recently developed the most effective way to characterize the solvent properties of room temperature ionic liquids (RTILs). What impact did this development have?
We used a solvation parameter model to describe ionic liquids because people were having trouble describing or measuring their polarity. They all seemed to have the same polarity no matter what their structure was. We devised this solvation parameter model in 2002, so it was not too recent, and that model was based on another of our papers from 1999.

Its impact and the high number of citations of this paper has to do with the fact that it affects and is useful in many branches of chemistry and engineering. Of course, it is widely used in analytical chemistry as well. Ionic liquid-based stationary phases were the first new class of gas chromatography stationary phases in over four decades. They are more polar and offer higher thermal and chemical stabilities.

Ionic liquids are used in extractions and organic synthesis, and they are used as solvents for high-temperature synthesis and ordinary industrial synthesis.

In engineering, ionic liquids are widely used as lubricants. They have a real future as lubricants for applications in outer space, because they have such low vapor pressures, and outer space is a vacuum. You do not want your lubricants vaporizing and leaving unlubricated gears/fittings, etc. Since they are very useful in many scientific and technological fields, this probably explains why our work has had such a big impact.

You have also created a high-efficiency capillary electrophoresis separation approach for microorganisms. Why did you develop this technique, and what has the response been like from microbiologists?
It was a bit of a fluke that we did this. I did not originally have an interest in working with microorganisms. We were doing capillary electrophoresis, separating enantiomers and some macromolecules, and I wondered if you could do the same with microorganisms while they were still alive. So, I had a student give it a try, and it seemed to work under certain conditions.

Not only could you get them to electrophorese, but you could sometimes separate different microorganisms. Then we found you could determine if they were alive or dead within the same separation, which was useful. Then, we extended it because you could detect one single microbe.

Therefore, if you tested a solution and found no microbes, it would be sterile. We had a sterility test, a sterility test that you could do in one or two minutes as opposed to the way they are doing it today, which is growing a culture and having to wait hours or days to determine if something is sterile. That has had an impact on a lot of different areas. 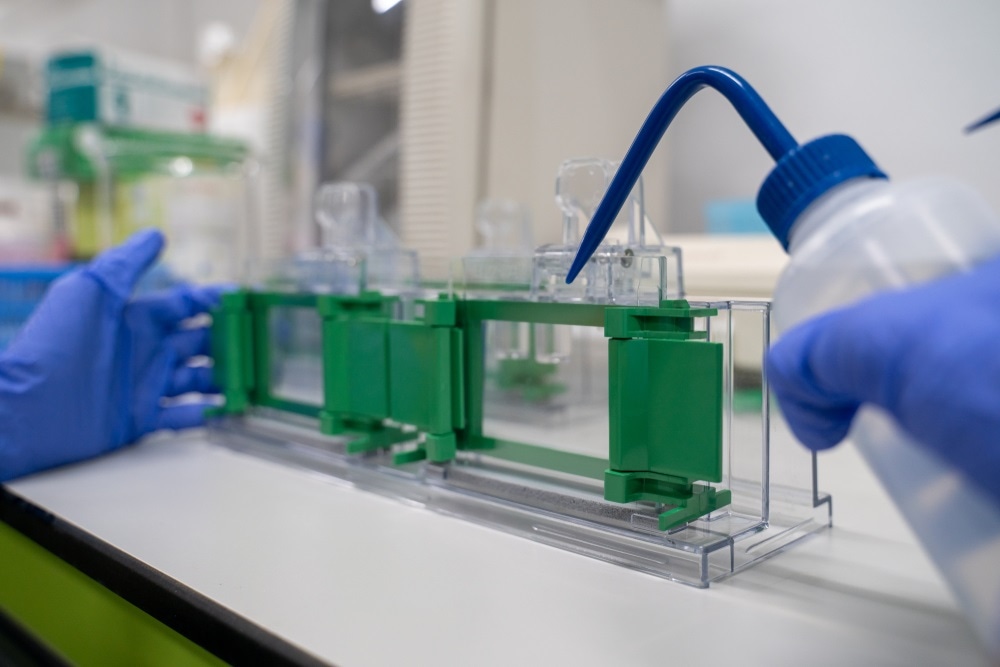 When you are working on a new technique, is the goal always to commercialize it so that other scientists can use it?
Actually, that is rarely our goal and that is not what happened in these cases. Usually, we are trying to develop or invent a technique, a better technique, to solve a particular problem. That could be a different analytical method, a more sensitive analytical method, or a faster method to solve a problem with few viable solutions.

Then, we also study the theory and mechanisms behind any new approach so that we can better understand it. When you do this, it sometimes becomes apparent there could be commercial aspects to your work.

One things that we try not to neglect is that if there is a practical aspect to a research project, we will do a paper on that practical aspect, and a small percentage of the time it becomes commercializable because somebody sees it and thinks it should be a product. Ocassionally, a company will approach us and ask us to license some aspect of our work and sometimes we do. Sometimes this works out and other times it does not.

Plus, I enjoy understanding how things work. We spend a lot of our time doing theory and mechanism, and then when we do the practical paper. Often, the general scientific community jumps on the practical aspect. They do not care so much about the theory and the mechanism. They just want to know if it will solve their problem.

What does the future hold for your research and the world of separation science?
I am sure it will continue to evolve as fast as it has in the past. A lot of things are going to happen. We are looking at a number of new techniques that are very exciting. One is called molecular rotational resonance spectroscopy, which will be a detector for gas chromatography and perhaps for liquid chromatography.

This is a detector that we think will have greater selectively and structure elucidation capabilities than current high-resolution mass spec and NMR combined. We think that will be huge. In other areas, we will be using some of our previous discoveries in biomedical research.

We are focusing on D-amino acids in cancer and Alzheimer’s disease. We just published a few exciting papers in these areas and we hope to extend them as quickly as possible. It is nice when you invent the technique and then you use that technique to solve or shed light on biomedical problems. 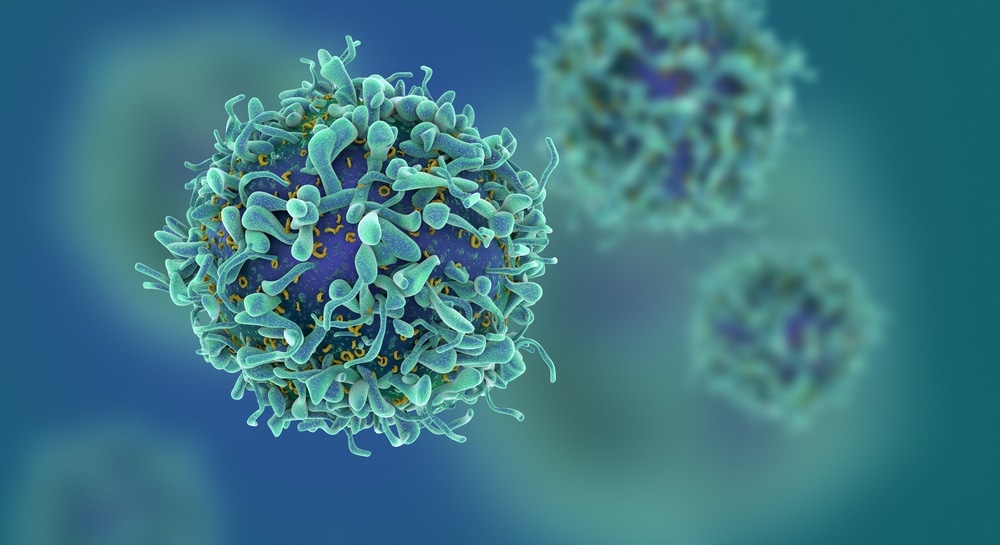 Why did you choose to share your work at Pittcon?
I am at Pittcon because the LCGC award is being presented here. I have brought about 10 of my research group to Pittcon and I have done this periodically for the past 30 to 40 years. I bring my research group here because everybody should see it and participate in it at least once during their student career.

Secondly, in order for them (the students) to come here, which is a treat, they have to present a paper either as a poster or a talk. In order to present a poster or talk, they have to have done enough research to put that together. It is kind of a reward for hard work in the lab and doing research. They get to come to Pittcon, I make sure they get here, they can make their presentation, they can mix and meet with everybody – it is good for them and their careers.

Pittcon is the biggest analytical symposium in the United States. It is very broad, but you meet everybody here. It is a good place to interact with other scientists, past acquaintances, and old students. They get to meet the new students you are bringing and so forth. It is a great gathering place for the analytical sciences.

About Daniel Armstrong – University of Texas at Arlington
Daniel W. Armstrong has over 700 publications, including 34 book chapters, one book (“Use of Ordered Media in Chemical Separations”) and 35 patents. He has been named by the Scientific Citation Index as one of the world’s most highly cited scientists, and he has given ~ 580 invited/keynote/plenary lectures and colloquia worldwide. His work has been cited nearly 45,000 times and his Hirsch index is ~ 107 (G.S.).

Daniel Armstrong is considered the “Father” of micelle and cyclodextrin-based separations, he elucidated the first chiral recognition mechanism by cyclodextrins, he was the first to develop macrocyclic antibiotics as chiral selectors, and he is one of the world’s leading authorities on the theory, mechanism, and use of enantioselective molecular interactions. Over 30 different LC and GC columns that were originally developed in his laboratories have been commercialized and/or copied worldwide. His work and columns were in part responsible for the chromatography and electrophoresis-led revolution in chiral separations over the last two and one half decades. Currently, the columns, chiral selectors and techniques he developed dominate the world of analytical enantiomeric separations.

He has developed the most effective way to characterize the solvent properties of room temperature ionic liquids (RTILs). This has proven to be an essential and effective way to explain the effect of RTILs on organic reactions, and in various analytical methodologies. Surfactant aggregation to form normal micelles in RTILs was demonstrated. The first MALDI-MS matrices and high stability GC stationary phases based on RTILs were developed in his laboratories and were recently commercialize by Supelco/Sigma/Aldrich. The new enhanced mass spectrometry technique of PIESI (Paired Ion Electrospray Ionization) was developed in his laboratory and is one of the most sensitive methods for ultra-trace anion analyses and speciation.He developed the first high efficiency CE separation approach for microorganisms (i.e., bacterial, viruses, fungi, etc.). This will extend the realm of separation science into the mainstream of biology and colloid science.

He founded or co-founded two separate companies focused on production of novel separation media and using them for difficult analyses.