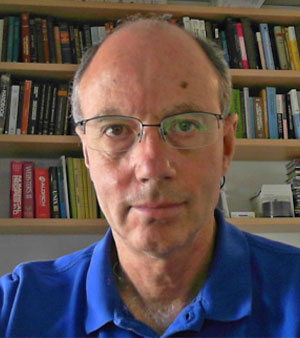 The Pittsburgh Spectroscopy Award, established in 1957, is given annually to a researcher who has demonstrated outstanding achievements in the field of spectroscopy.

Dr. Tycko was selected for the award based on the intellectual depth of his work, as well as its enormous impact on chemistry and now also biology. Over the past 30+ years, Dr. Tycko’s work has had a major impact on magnetic resonance spectroscopy, both through contributions to fundamental aspects of solid state NMR and through seminal applications of novel magnetic resonance methods to a plethora of problems in physical and biological chemistry. A distinguishing feature of Dr. Tycko’s work, which made him an ideal candidate for the Pittsburgh Spectroscopy Award, is how it combines new conceptual insights and experimental approaches with detailed investigations of specific systems that are of central importance to large communities of scientists outside of magnetic resonance.

Biography
Dr. Robert Tycko has made many contributions to modern solid state NMR methodology and its applications to important problems in physical and biological sciences.  Current efforts in his lab focus on novel time-resolved NMR methods, high-resolution MRI at very low temperatures, and structural studies of protein assemblies implicated in neurodegenerative diseases. 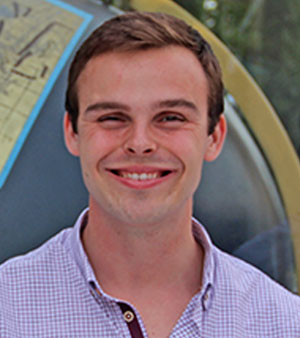 The Pittsburgh Conference Achievement Award is given annually to a researcher who has made a significant and independent impact in the area of analytical chemistry within the first ten years after his or her doctoral degree. 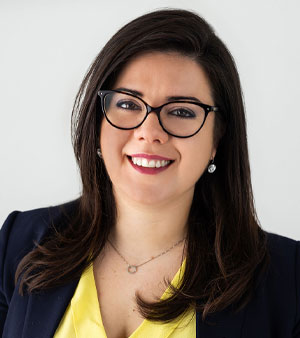 Emanuela Gionfriddo
The University of Toledo

This symposium will celebrate the 2022 winner of the Satinder Ahuja Award for Young Investigators in Separation Science, which is given by the ACS Analytical Division Subdivision of Chromatography and Separations Chemistry (SCSC). The award aims to recognize and encourage outstanding contributions to the fields of analytical chemistry by a young analytical scientist. Specifically, the session will focus on cutting edge separation approaches for chromatography and analytical extraction of small molecules, nucleic acids and proteins in complex samples, with emphasis on approaches that allow for in vivo and in situ analysis and point of care diagnostic solutions.

Biography
Emanuela Gionfriddo received her PhD in Analytical Chemistry at the University of Calabria in 2013. She is the 2022 recipient of the ACS Satinder Ahuja Award for Young Investigators in Separation Science and the NSF CAREER Award. She is developing green extraction methodologies to analyze complex biological and environmental samples. 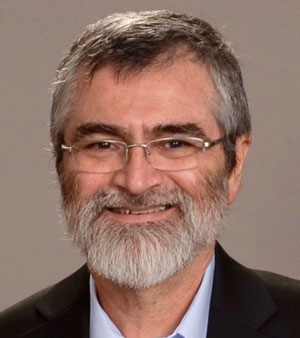 This Award recognizes contributions to the theory and application of chromatographic science.

Biography
Luis A. Colón is the A. Conger Goodyear Chair Professor of Chemistry at University at Buffalo (SUNY). He received the B.Sc. degree from the University of Puerto Rico at Cayey, the Ph.D. degree in chemistry (analytical) from the UMASS-Lowell and was a Postdoctoral Fellow at Stanford University. His current research focuses on the development and study of materials for use in separation science and chemical analysis, with particular attention to chromatographic media for liquid phase separations and the development of new strategies to separate and analyze complex chemical or biochemical sample mixtures. He also works on issues that advance diversity in graduate education. His has mentored over 50 graduate students.

Colón has received several awards for his work, including the NSF Special Creativity Award, the Benedetti-Pichler Award from the Microchemical Society, the Jacob F. Schoellkopf Medal (ACS-WNY) and the EAS Outstanding Achievements in Separation Science Award. He is Fellow of the American Chemical Society (ACS), the American Association for the Advancement of Sciences (AAAS), and the Royal Society of Chemistry (RSC). Other distinctions include the AAAS Mentor Award, ACS Award for Encouraging Disadvantaged Students into Careers in the Chemical Sciences, the ACS Stanley C. Israel Award, and the USA Presidential Award for Excellence in Science, Mathematics, and Engineering Mentoring. 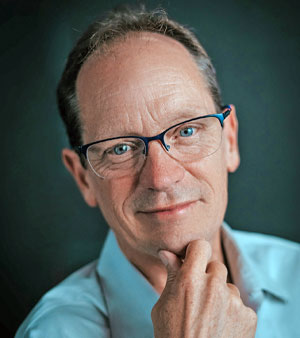 Biography
Dr. Craig Prater has been a visionary leader in the development and commercialization of novel scientific measurement techniques for over 30 years. After completing a PhD in physics at the University of California Santa Barbara, Craig spent 15 years in various roles in R&D and leadership, culminating as Chief Technologist, at Veeco Metrology (now Bruker), the market leader in the field of atomic force microscopy (AFM). Craig was heavily involved in the development and commercialization of many AFM technologies and instruments that are now in widespread use in academic and industrial research and have been used in hundreds of thousands of scientific publications. In 2005 Craig was recognized as the first Technology Fellow at Veeco Instruments, the highest technical rank in an organization of ~2000 employees.

Craig joined Anasys Instruments in 2007 and with his colleagues and research collaborators pioneered the commercialization of atomic force microscope based infrared spectroscopy (AFM-IR), a tool that for the first time provided broadly applicable chemical analysis and topographic imaging with nanoscale spatial resolution. AFM-IR combines nanoscale imaging with the chemical analysis capabilities of infrared spectroscopy. Anasys was acquired by Bruker in April 2018.

Craig, together with the previous Anasys Instruments leadership team of Kevin Kjoller and Roshan Shetty, then formed a new company called Photothermal Spectroscopy Corp (PSC) to develop and commercialize Optical Photothermal Infrared (O-PTIR) spectroscopy. The O-PTIR approach achieves significant performance benefits over conventional IR spectroscopy including >10X better spatial resolution, operation in both transmission and reflection modes without scattering artifacts, and operation in a non-contact mode. The PSC team launched the O-PTIR technique commercially as the mIRage® infrared microscope in 2018. This instrument is now used internationally at many top university and government research laboratories and industrial facilities, including several Fortune 500 companies.

Despite being employed in industry for >30 years, Craig has co-authored 140 scientific and trade publications and patents with over 9200 citations in the fields of scanning probe microscopy, nanoscale infrared spectroscopy, nanoscale materials characterization, and photothermal microscopy. 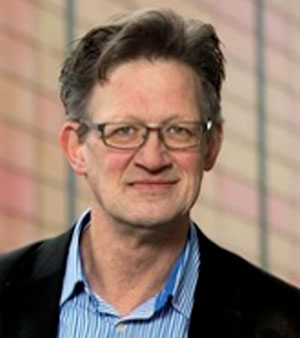 Biography
Peter Schoenmakers studied in Delft (Netherlands) and Boston, Massachusetts (with Professor Barry Karger). He worked for Philips and Shell, before joining the University of Amsterdam. He focusses on large-molecule separations, multi-dimensional liquid chromatography, and method development. Through COAST he created national honors programs for vocational BSc and academic MSc students.

Emanuela Gionfriddo
The University of Toledo

Biography
Emanuela Gionfriddo received her PhD in Analytical Chemistry at the University of Calabria in 2013. She is the 2022 recipient of the ACS Satinder Ahuja Award for Young Investigators in Separation Science and the NSF CAREER Award. She is developing green extraction methodologies to analyze complex biological and environmental samples. 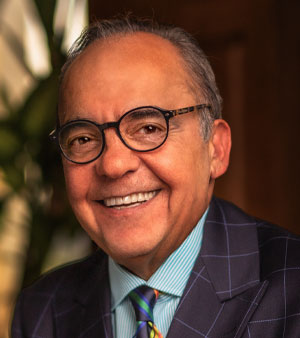 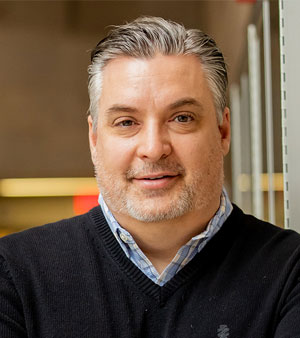 Lane Baker and his group are at the forefront of electrochemical measurement and instrumentation science with a particular focus on the study of ion transport and electron transfer at small scales. Specifically, they have developed innovative tools and methods to address important questions in biology, materials science, and environmental science. In this regard, Prof. Baker is best known for his work with the scanning ion conductance microscope (SICM) and its application to single-entity electrochemistry. Additional areas of enquiry in the Baker lab include surface charge at the nanoscale, new methods of high-throughput analysis, and applications of machine learning for electrochemical data interpretation.

Biography
Lane Baker is the Dr. Carl McAfee ’90 Chair in Analytical Chemistry at Texas A&M University. Baker’s research group focuses on nanoscale electrochemistry, especially scanning ion conductance microscopy. Baker is a Fellow of the ACS and the RSC and received the ACS-ANYL Award in Electrochemistry. Baker is president-elect of SEAC.

Jeffrey Dick and his group work at the interface of chemistry, biology, and nanotechnology, and they are particularly interested in applications of electrochemistry to micro and nanoscale biological systems. They have demonstrated that electrochemistry is a powerful tool to study these systems, and they have shown that nanoelectrode probes can be fabricated with dimensions similar to biological macromolecules (5-15 nm in diameter). Such small electrodes make it possible to study the behavior of single molecules and nanoparticles.