Supercritical Fluid Chromatography (SFC) is an analytical technique performed with a mobile phase of carbon dioxide with or without polar modifiers and, capillary or packed columns. As such it offers some of the properties of both gas and liquid chromatography, viscosities similar to a gas, solvating properties as in a liquid. Pioneer speakers will detail SFC’s history, capillary and packed column applications, commercial applications, SFC/MS and recent advancements.

Will SFC be a replacement for LC and GC or both? Reflections on the decision-making process from an industrial perspective
Mary Ellen McNally ◉ FMC Agricultural Solutions

Scientific developments move slowly in a gradual systematic process until they don’t and a break-though occurs. In the 80’s, one of those break-throughs was supercritical fluid applications both in chromatography and extraction. Questions and answers came quick with the chromatographic community, warring factions of instrument manufacturers were trying to buck the established liquid and gas chromatographic markets. In 2020, the market space was valued at almost 8.7 billion, predicted to reach 11.0 billion by 2025 (a growth rate of 5.1%)(1). Stakes were high. Industry objectives are different, the questions and answers that are pursued are also different. Will this analytical technology bring an advantage? Can we bring out products to market quicker? Is the scientific advantage worth it, not only in research but in manufacturing? Justify the change. This presentation will show published results from our laboratory in this time frame comparing packed and capillary columns for agricultural separations, examining molecules unique to our industry and how they behaved in supercritical fluids, applications of supercritical fluid extraction and why this offered the potential largest gain for industry to bring a product to market. 1. Mehra, A., “Chromatography Instruments Market worth $11.0 billion by 2025”, MarketsandMarkets ™ INC., January, 2020. 2. Wheeler, J. R.; McNally, M.E.; “Comparison of packed column and capillary column supercritical fluid chromatography and high-performance liquid chromatography using representative herbicides and pesticides as typical moderate polarity and molecular weight range molecules”, J. Chromatogr. 1987, 410(2). 3. McNally, M.E.; Wheeler, J. R.; Melander, W. R., “Effects of mobile phase modifiers on retention characteristics of polar agricultural compounds in packed-column supercritical fluid chromatography”, LC GC, 1988, Vol.6, No. 9. 4. McNally, M. E.; “Advances in Environmental SFE”, Analytical Chemistry,1995, 67(9).

Mass spectrometry (MS) has become an (almost) routine and expected method of detection in supercritical fluid chromatography (SFC). But this was not always so. The concept of coupling “dense gas” chromatography, operating at pressures far above atmospheric pressure, with mass spectrometry, operating at pressures far below atmospheric pressure, faced both conceptual and real technological hurdles. This presentation will describe milestones in the evolution of SFC/MS from a rare and challenging method to a widely used, user-friendly problem solver. Some of these milestones involve the inlet, i.e., the SFC system. For example, the introduction of microcolumns and open-tubular columns lowered the bar for coupling SFC to MS. Other milestones involve the outlet, i.e., the mass spectrometer. For example, the introduction of pneumatically assisted electrospray ionization, atmospheric pressure chemical ionization, and other atmospheric pressure methods of ionization opened the door to more routine SFC/MS. Importantly, the evolution of SFC/MS opened up new areas of application. This presentation will touch on this evolution, ranging from lipophilic petroleum-derived mixtures and small polymers in the early days to ionic pharmaceuticals, large peptides, and chiral separations in more recent years.

Gas chromatography (GC) was the first chromatographic technique to embrace open tubular columns and, while early attempts were made to adapt capillaries to liquid chromatography (LC), analyte diffusion coefficients were too small to allow capillaries with inner diameters greater than 10 microns. On the other hand, when supercritical fluid chromatography (SFC) became a technique of interest in the early 1980s, it wasn’t clear whether packed or open tubular capillary columns would eventually become the most applicable. The unique aspect of capillary SFC compared to packed column SFC is a shallow pressure gradient along most of the column length with a steep pressure drop at the end of the column (1). Thus, most of the column length could be maintained under supercritical fluid conditions with a simple restrictor placed at the end of the column. In the late 1970s, Milos Novotny began to study capillary SFC at Indiana University with Stephen Springston, a new graduate student. I joined in a collaborative effort with two graduate students, Paul Peaden and John Fjeldsted, at Brigham Young University. The first promising capillary SFC results were obtained in 1981 using a Varian syringe pump, a Hewlett-Packard GC oven, and a PerkinElmer fluorescence detector (1). In 1984, Lee Scientific was formed to commercialize capillary SFC technology, and the first commercial product was shipped in 1986. The technology evolved as it passed from Lee Scientific to Dionex to Sensar and, finally, to Selerity Technologies. Packed column SFC outpaced the growth of capillary SFC over the last three decades. This is largely because the surface area of the capillary wall is much lower than for column packings and it is oftentimes difficult to obtain enough solute retention, even when using neat CO2 without modifiers in the mobile phase. However, there are a variety of applications for which capillary SFC was found to be ideally suited, i.e., polymers without UV-absorbing chromophores (e.g., polyether oligomers), reactive compounds (e.g., isocyanates), petroleum hydrocarbons (e.g., hydrocarbon classes), labile compounds (e.g., explosives), and some pesticides, to name a few. A major advantage of using neat CO2 as mobile phase is that the popular flame ionization detector (FID) can be used, which is great for quantitative analysis. Capillary SFC with neat CO2 is also straightforward to interface with mass spectrometry. This presentation will highlight the interesting path to commercialization of capillary SFC, and its unique advantages. Other significant technologies that were spun out of capillary SFC commercialization will be mentioned as well as some thoughts concerning the future of the technique.

Presentation 5
Seven steps to implementing a niche analytical separations technology (SFC) to a commercial success and into the common laboratory – the story how UPC2 was developed from a corporate perspective.
Bruce Wilson ◉ Waters Corporation

Integrating SFC instruments into a manufacturers LC and LC/MS suite of analytical platforms is essential to the instrument manufacturers technological, commercial, and operational success. Today’s analytical laboratory user requires SFC systems to be the same as other analytical LC – LC/MS systems to minimize learning curves and concentrate on solving problems in the laboratory. Familiar software control, serviceability and analysis tools are factors in the customers instrument purchasing decisions.

Waters, Agilent, and Shimadzu all offer analytical SFC instruments that are designed to be harmonized with their LC and LC/MS platforms. 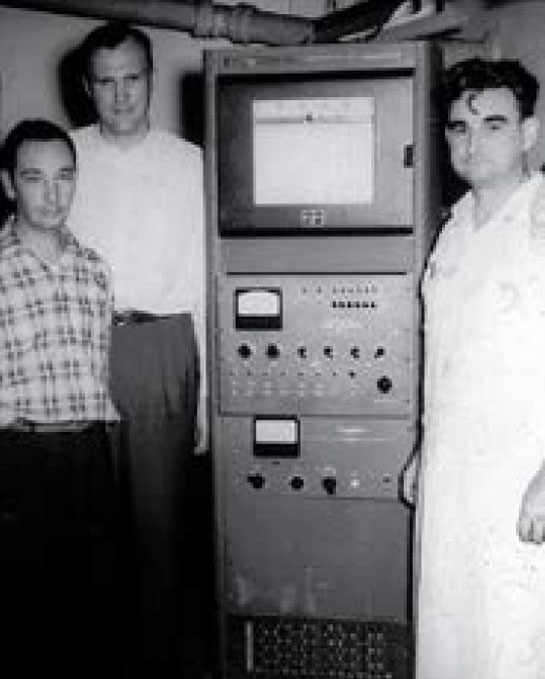 What is the Waters Symposium?
The annual James L. Waters Symposium is a unique component of Pittcon’s Technical Program. Mr. Waters, founder of Waters Associates, Inc. and President of Waters Business Systems, Inc. proposed in 1987 that the Society for Analytical Chemists of Pittsburgh (SACP) offer an annual symposium exploring the origin, development, implementation, and commercialization of scientific instrumentation of established and major significance. The objective of the symposium is to recognize researchers and the development and application of instrumentation by preserving the early, and in some cases, more mature history of the important contributions as well as the cooperation between inventors, scientists, engineers, entrepreneurs, and marketing organizations. 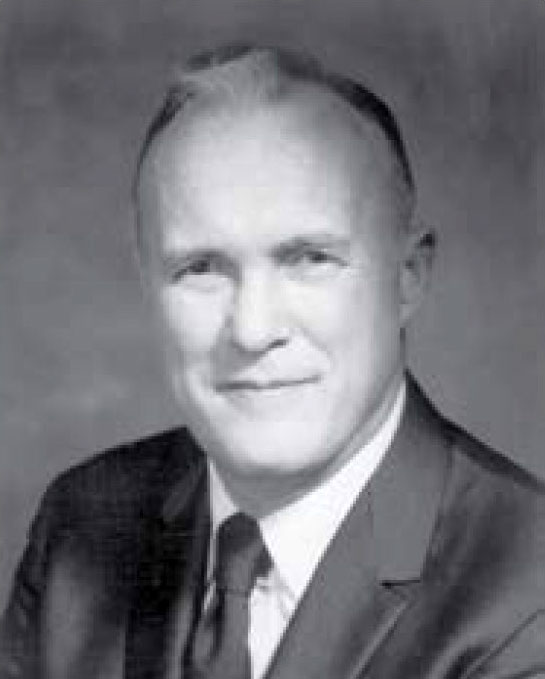 In Memory of James L. Waters
In 1987, he shared his vision with Pittcon on the creation of an annual symposium focused on the identification of an instrumental technique and the coalition of basic scientists and instrumentation companies that brought this technique to laboratories around the globe. Thanks to generous annual support from Mr. and Mrs. Waters, the James L. Waters Symposium series, Pioneers in the Development and Application of Analytical Instrumentation, has been one of the highlights of Pittcon’s annual technical program. The annual symposia have recognized innovators in the conception, development, implementation, and commercialization of scientific instrumentation of major and established significance.
© Copyright Pittcon and The Pittsburgh Conference on Analytical Chemistry and Applied Spectroscopy, Inc.
All proprietary rights, including trademark rights, are reserved. See Website Trademarks.
Photo Credits and Copyright Notice: © Roy Engelbrecht – royephoto.com
Toll Free: 800-825-3221 / Local: 412-825-3220
Back to Top
X
WARNING: BE AWARE OF REGISTRATION POACHERS AND DATA SCAMMERS! Please be aware of fake companies claiming to be representatives of Pittcon. Poachers and scammers are posing as official representatives of Pittcon to sell unofficial attendee data lists and conference registrations.
These companies are unrelenting and are known to constantly change their company and domain names.
Click here to see a list of OFFICIAL Pittcon vendors