The Program Resource Team works collaboratively with the Pittcon Organizing Committee to enhance the value and further diversify the Technical Program. The team consists of experts in the fields of pharmaceutical science, nanotechnology, and food science. Learn more about the members below. 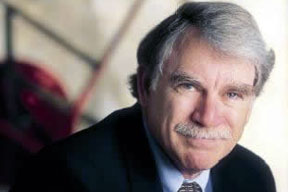 He is a Fellow of both the American Physical Society and the American Association for the Advancement of Science, and is an FSU Distinguished Research Professor.
Research includes: fourier transform ion cyclotron resonance mass spectrometry, protein structure and folding in solution and gas phase, non-covalent bonding in biological macromolecules, mixture analysis by ultrahigh-resolution mass spectrometry, ultrasensitive mass analysis (at level of a single biological cell), environmental mass spectrometry, and optical spectroscopy of mass-selected trapped ions. 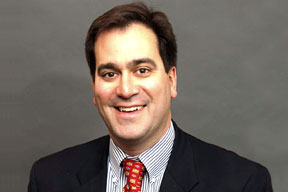 Dr. Chad A. Mirkin is the Director of the International Institute for Nanotechnology, the George B. Rathmann Prof. of Chemistry, Prof. of Chemical and Biological Engineering, Prof. of Biomedical Engineering, Prof. of Materials Science & Engineering, and Prof. of Medicine. He is a chemist and a world renowned nanoscience expert, who is known for his development of nanoparticle-based biodetection and therapeutic schemes, the invention of Dip-Pen Nanolithography and On-Wire Lithography, and contributions to supramolecular chemistry and nanoparticle synthesis. He is the author of over 520 manuscripts and over 900 patent applications worldwide (233 issued), and the founder of four companies, Nanosphere, NanoInk, AuraSense, and AuraSense Therapeutics, which are commercializing nanotechnology applications in the life science and semiconductor industries.

Dr. Mirkin has been recognized for his accomplishments with over 80 national and international awards. He is a Member of the President’s Council of Advisors on Science & Technology (Obama Administration), and the only chemist (one of only 12 scientists, engineers, and medical doctors) to be elected to all three US National Academies (the Inst. of Medicine, the Natl. Academy of Sci., and the Natl. Academy of Engin.). He is also a Fellow of the American Academy of Arts and Sciences and the American Association for the Advancement of Science and the Materials Research Society. Dr. Mirkin has served on the Editorial Advisory Boards of over twenty scholarly journals.

Dr. Mirkin holds a B.S. degree from Dickinson College (1986, elected into Phi Beta Kappa) and a Ph.D. degree in Chemistry from the Penn. State Univ. (1989). He was an NSF Postdoctoral Fellow at the MIT prior to becoming a professor at Northwestern Univ. in 1991. 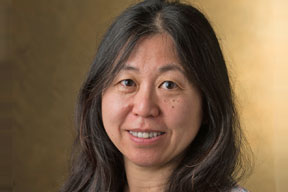 Dr. Yan Zhang, the Director of Research/Associate Research Faculty at the National Corn-to-Ethanol Research Center (NCERC) of Southern Illinois University Edwardsville, received her Ph.D in analytical chemistry from the University of Arkansas in Fayetteville. After graduation, she worked at the University of Illinois Urbana-Champaign as an environmental chemist, and she also spent five years working at a pharmaceutical company developing analytical methods, and helping with production trouble shooting and FDA submissions. Her career focus has been at NCERC to work on DDGS, and other bioethanol related research projects. She is helping NCERC to build a rich research portfolio covering but not limited to, corn to ethanol, corn kernel fiber conversion, and biomass pretreatment and conversion. 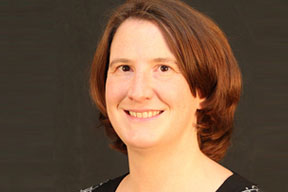 Lowri S. De Jager is a Supervisory Research Chemist for the Methods Development Branch in the U.S. Food and Drug Administration’s Center for Food Safety and Applied Nutrition (CFSAN) in College Park, Maryland. The branch’s research focuses on method development for the analysis of additives and contaminants in foods and food packaging. Other work in the branch focuses on investigation of economic adulteration, determination of marine toxins, and method development for food defense. 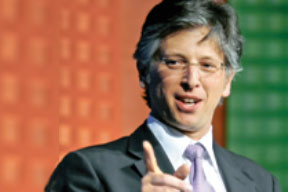 Distinguished Professor of Chemistry & Biochemistry and of Materials Science & Engineering

Paul S. Weiss is a distinguished professor of chemistry & biochemistry and of materials science & engineering at the University of California, Los Angeles. He received his S.B. and S.M. degrees in chemistry from MIT in 1980 and his Ph.D. in chemistry from the University of California at Berkeley in 1986. He was a postdoctoral member of technical staff at Bell Laboratories from 1986-88 and a visiting scientist at IBM Almaden Research Center from 1988-89. He served as the director of the California NanoSystems Institute and held the Fred Kavli Chair in NanoSystems Sciences at UCLA from 2009-2014. Before coming to UCLA, he was a distinguished professor of chemistry and physics at the Pennsylvania State University, where he began his academic career in 1989.

His interdisciplinary research group includes chemists, physicists, biologists, materials scientists, mathematicians, electrical and mechanical engineers, and computer scientists. Their work focuses on the ultimate limits of miniaturization, exploring the atomic-scale chemical, physical, optical, mechanical, and electronic properties of surfaces and supramolecular assemblies. He and his students have developed new techniques to expand the applicability and chemical specificity of scanning probe microscopies. They have applied these and other tools to the study of catalysis, self- and directed assembly, and molecular and nanoscale devices. They work to advance nanofabrication down to ever smaller scales and greater chemical specificity in order to operate and to test functional molecular assemblies, and to connect these to the biological and chemical worlds.

Two current major themes in his laboratory are cooperativity in functional molecules and single-molecule biological structural and functional measurements. He has over 300 publications, holds over 20 patents, and has given over 600 invited, plenary, keynote, and named lectures. 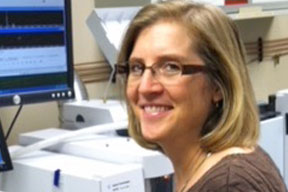 Anne Jurek has been the Senior Applications Chemist and Technical Writer at EST Analytical for over eight years. She graduated from Michigan State University with a Bachelor of Science in Chemistry. Over the course of her career, Anne has gained experience as an analytical chemist in the fields of polymers and plastics, flavor and fragrance and finally in environmental analysis. Anne has written and/or presented over fifty applications on a variety of sampling techniques including purge and trap, large volume injection, headspace and solid phase micro-extraction. 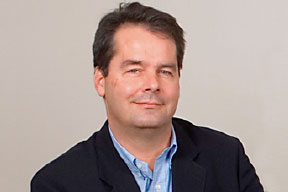 Director of the Indiana Consortium for Analytical Science & Engineering (ICASE)

Chris is with the Director of the Indiana Consortium for Analytical Science & Engineering (ICASE), a joint venture between Purdue, Notre Dame and Indiana University. Chris has worked in diverse areas of the chemical industry including discovery synthesis of agrochemicals (Velsicol-Sandoz), development of reagents for improved immunodiagnostic assays (Abbott Laboratories), development and commercialization of chromatographic stationary phases, reagents and enantioselective catalysts within a small business (Regis Technologies) and the invention and application of new purification, analysis and high throughput experimentation technologies for pharmaceutical process research (Merck & Co.).

Dr. Welch specializes in the development and use of new research technologies, and has authored more than 275 scientific publications and patents. He serves on the boards of a number of journals, symposia series and businesses. He is a Fellow of both the American Chemical Society (2010) and the American Association for the Advancement of Science, AAAS (2013) and is the winner of several awards, including the Chirality Medal (2015) and the EAS Award for Outstanding Achievements in Separation Science (2017). 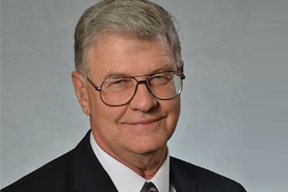 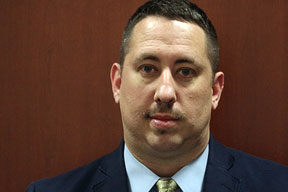 Michael Shepard is the Senior Technologist for the Naval Surface Warfare Center (NSWC) Explosives Detection Equipment (EDE) Program in Indian Head, Maryland. The EDE program provides RDT&E support for emerging detection technologies to agencies spanning the Federal Government. Prior to joining NSWC, Dr. Shepard served as the Department of Homeland Security (DHS) Standoff Detection Program Manager for more than a decade. While at DHS, Dr. Shepard directed the R&D of a variety of standoff explosive detection techniques, ranging from UV-excited Raman Spectroscopy to sub-Millimeter Wave Imaging Radar. In addition, Dr. Shepard serves as an explosives detection and counter-terrorism subject matter expert on a variety of government panels. Dr. Shepard earned a BSc (Hons) in Chemistry from Western Carolina University and a Ph.D. in Analytical Chemistry from the University of Florida in 2002.

© Copyright Pittcon and The Pittsburgh Conference on Analytical Chemistry and Applied Spectroscopy, Inc.
All proprietary rights, including trademark rights, are reserved. See Website Trademarks.
Photo Credits and Copyright Notice: © Roy Engelbrecht – royephoto.com
Toll Free: 800-825-3221 / Local: 412-825-3220
Back to Top
X
WARNING: BE AWARE OF REGISTRATION POACHERS AND DATA SCAMMERS! Please be aware of fake companies claiming to be representatives of Pittcon. Poachers and scammers are posing as official representatives of Pittcon to sell unofficial attendee data lists and conference registrations.
These companies are unrelenting and are known to constantly change their company and domain names.
Click here to see a list of OFFICIAL Pittcon vendors