Virtual Event: 33rd Annual Faraday Lecture
Due to COVID-19, the Faraday Lecture and its scientific demonstrations will be presented as an on-demand, virtual event. Though this year’s lecture/demo may look a little different, it promises to be as interesting and as inspiring as ever.

For over thirty years, the Faraday Lecture has been a live event presented by prominent educators and scientists throughout the nation. Its astonishing demonstrations in chemistry and physics have both amazed and encouraged the middle and high school students to whom it is focused.

The event will feature several demonstrations from:

A widely respected demonstrator, Bob is a featured presenter in the Flinn Best Practices for Teaching Chemistry Video Series, and is the author of two chemical demonstration books, Twenty Demonstrations Guaranteed to Knock Your Socks Oﬀ, Volumes I and II, published by Flinn Scientific.

How to Participate
Although the Faraday Lecture is intended for middle and high school students and teachers, the Lecture can be viewed by anyone. Once registered, a link to the lecture/demo will be emailed to you. The video will be available on-demand from November 20, 2020 through June 30, 2021.

Please note: registration for this event has closed. Contact us via email if you’d like to view the presentation.
sacpinfo@pittcon.org

Teachers: Win $100 Gift Card
Teachers in grades 6-12 who complete and submit a survey will be eligible to win a $100 gift certificate from Vernier Software & Technology, a secondary prize of $25 gift certificates from Arbor Scientific, or a student spectroscope.

We are no longer accepting surveys. 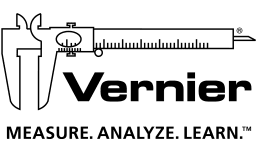 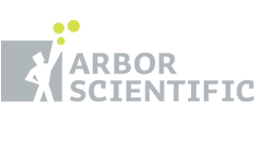 The namesake for the Faraday Lecture is Michael Faraday. Michael Faraday was a British scientist who lived in the early to mid-1800’s. Although he had little formal education Mr. Faraday was one of the most influential scientists in history. Even today he is recognized as a top scientist.

During the time of Faraday there was very little organized education for young people. In 1825 Faraday started Christmas lectures at the Royal Institution of Great Britain. Faraday and other prominent people gave lectures on different scientific topics. These lectures continue to this day.

For more information, visit the SSP and SACP websites:

The SACP and SSP are non-profit organizations dedicated to furthering science education in the Western Pennsylvania region.

Robert Becker taught honors chemistry at Kirkwood School in Kirkwood, MO. Bob received his B.A. from Yale University and M.Ed. from Washington University and has over 29 years of teaching experience. He participated in the Woodrow Wilson National Fellowship Foundation and was a team leader for the Flinn Scientific Foundation Summer Workshop Program. Bob has written for ChemMatters, and he has published numerous articles in the Journal of Chemical Education and Chem13 News

Bob has received the James Bryant Conant Award in High School Teaching from the American Chemical Society, the Regional Catalyst Award from the Chemical Manufacturers Association and the Tandy Technology Scholar Award for Outstanding Teachers. He was selected as Missouri’s Teacher of the Year for 2010-11 and a Presidential Award winner for excellence in Math and Science Teaching in 2011-2012. He has been honored as the Reg Friesen Memorial Lecturer at CHEMED, and has twice presented the Flinn Scientific Evening of Chemistry at the National Science Teachers Association conference.

Amanda Iwaniec joined Carnegie Science Center (CSC) in 2005 as a Science Educator in Informal Education with a focus in chemistry programming and demonstrations. Throughout her career, she has performed thousands of creative and engaging programs for the region including the official “Ground Booming” for the CSC 2018 expansion project.

Colleen Cocchi graduated with her BS in Chemistry from Saint Vincent College in 2013. She taught high school chemistry and other science electives at Derry Area High School for four years, and is now a Program Presenter in the Demonstration Theaters Department at Carnegie Science Center.

Kevin Eagan graduated with his BS in Environmental Science Education from Saint Vincent College in 2009. The following six years, he led Outdoor Education programming at camps in Maine, South Carolina, North Carolina, Wisconsin, Ohio, and Pennsylvania. He has been with the Carnegie Science Center since 2015 and is now the Program Production Assistant in the Demonstration Theaters Department.
HIDE —-

Register to Watch the Lecture/Demo

After viewing the video, we encourage you to complete the survey. Although a survey form can be completed and submitted by anyone, only those teaching grades 6-12 will qualify for the monthly random drawing for prizes.

There will be four drawings; January, February, and March and April. (Anyone submitting a survey form after March 31, 2021 will not be eligible for the prizes.) The main monthly prize is a $100 gift certificate from Vernier Software & Technology™ a secondary prize of $25 gift certificates from Arbor Scientific™. Plus several student spectroscopes from the SSP Spec Demo & Software Services Committee will also be given away as prizes.

The prize “drawings” for the $100 and $25 gift certificates are subject to the following stipulations:
► The winning prizes will be determined by a random number generator.
► Winners must be active public/private school teachers, grades 6-12, and on the registration list.
► Only one survey form per teacher is permitted. A teacher can only win one item and there is only one winner per school. (excludes student spectroscopes)
► One survey submission will be for eligible for all four drawing.

After registering to watch the video, a survey link will be emailed to you.