Our daily excursions have been selected to provide you with time to relax and enjoy attractions from New Orleans (where Pittcon 2021 was originally scheduled to be held) and Atlanta, where we look forward to seeing you in person once again for Pittcon 2022. Have some fun. Join us for any or all of our excursions.

You’ll be glad you did! 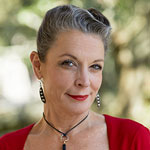 Demystifying Louisiana’s Cooking Secrets
Poppy Tooker
Monday, March 8 ◉ 12:00 PM EST
Learn the secrets of authentic New Orleans’ cooking from the best! Poppy Tooker, cooking teacher, author and host of public radio’s Louisiana Eats will conduct an in-depth seminar on the secrets of what makes South Louisiana’s food so special. Attendees will learn how to make a real Creole Cajun roux along with it’s many applications; hear the history and background of poor boy bread and why it can only be made in New Orleans and learn the origins of the meal we know as brunch. The seminar will come to a flaming finish with a lesson in Bananas Foster. 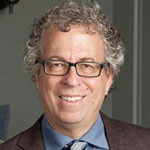 In presenting American Industry and Victory in World War II, Dr. Citino’s lecture will examine the key role American industry and Home Front workers played in the Allied victory. The story of how people and resources were mobilized to create tremendous war production that was then shipped to war fronts around the globe will be told, including specific corporations and personalities such as Higgins, Kaiser, Ford, GM, and many others. 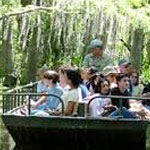 Check out the virtual tour before the event at: https://www.xplorit.com/new-orleans/cajun-encounters-swamp-tour/airboat-dock 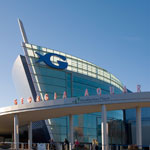 Behind the Seas at the Georgia Aquarium
Dr. Kady Lyons
Wednesday, March 10 ◉ 12:00 PM EST
Enjoy an in-depth and personal behind-the-scenes peek at the most inner workings of the largest aquarium in the Western Hemisphere ! Learn more about the often-unseen work that goes into keeping a world class aquarium like Georgia Aquarium operating each day. This tour will conclude with a visit with Research Scientist, Kady Lyons. Kady will touch on the Water Quality Lab as well as incorporate a Q&A Session for Pittcon Attendees. 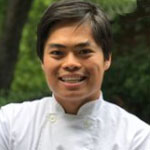 Showcasing the Japanese Cuisine of Lazy Betty Restaurant
Chef Ron Hsu
Thursday, March 11 ◉ 12:00 PM EST
An Atlanta native, Culinary Director and Partner Ron Hsu brings culinary chops from Michelin-starred Le Bernardin and Le Colonial, both internationally acclaimed NYC restaurants. Hsu’s cooking showcases a variety of cuisines and techniques that use the highest quality ingredients available. He was featured on Netflix’s cooking series “The Final Table,” Lazy Betty, Hsu’s first restaurant, opened in February 2019 in Atlanta, Georgia. A modern and inventive restaurant, Lazy Betty serves tasting menus that showcase refined dishes. Each course is designed to enhance the overall experience of the visit, featuring an array of cooking styles and flavors, just as each ingredient plays a unique role in the composition of the dish. 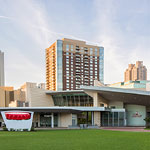 From Recipe to Refreshment: A Look at World of Coca-Cola / Taste It! Beverages
Jessica McCormick and Paraic Greensmyth
Friday, March 12 ◉ 12:00 PM EST
Brief introduction to the World of Coca-Cola experience and a behind the scenes look at the intricacies of identifying and manufacturing beverages for World of Coca-Cola.
© Copyright Pittcon and The Pittsburgh Conference on Analytical Chemistry and Applied Spectroscopy, Inc.
All proprietary rights, including trademark rights, are reserved. See Website Trademarks.
Photo Credits and Copyright Notice: © Roy Engelbrecht – royephoto.com
Toll Free: 800-825-3221 / Local: 412-825-3220
Back to Top
X