Analysis of Microplastics in Water

Return to All Courses

COURSE DESCRIPTION: The analysis of microplastic (MP) pollution in water is identified as one of the major problems the world is currently facing. Currently, it is estimated that between 4 and 12 million tons of plastic go into the seas and oceans annually. In this respect, characterization of MPs in water is still a challenge, as they may easily be confused with organic or other types of matter. In this Short Course, techniques and instrumentation for MP analysis using Raman and FT-IR spectroscopies and microscopies, pyrolysis and thermal desorption GC/MS, and LC/MS/MS will be discussed. Attention to the “greenness” of the different applied analytical methods such as the consumption of solvents/reagents and energy during MP analysis will be discussed. Case studies on MP determination in water from Europe, the US, China, India, and the Middle East will be reported. Lastly, the increased MP pollution after the Covid-19 outbreak as a result of the use of masks, gloves, and related plastic medical equipment will be highlighted. 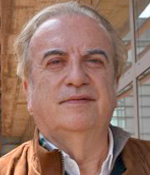 Damia Barcelo obtained a Ph.D. in Analytical Chemistry from University of Barcelona in 1984 and he was a Post-doc at the Vrije Universiteit, Amsterdam, NL between 1985-86. At present he is Full Research Professor at the Institute of Environmental Assessment and Water Studies IDAEA-CSIC (Barcelona, Spain) since 1999 and Director of the Catalan Institute of Water Research (ICRA) (Girona, Spain) since May 2008. From 2009-2015 Visiting Professor at King Saud University, Riyadh, Saudi Arabia, 2009-2015. Full Professor Chair in Biology at College of Science under Distinguished Scientist Fellowship Programme (DSFP) at King Saud University, Riyadh, Saudi Arabia, since October 2016.
His scientific focus is on the Fate and Risk of Emerging Pollutants such as Pharmaceuticals, Nanomaterials and Microplastics in the Environment, Multiple Stressors in Rivers and on the Water Pollution Control and Protection under Scarcity. His expertise is documented by the number of original publications (> 1000), an H index of 103, 51,000 ISI citations and the supervision of 55 PhD thesis (January 2018).

In 2007 he was awarded the King Jaime I Prize for the Protection of Nature from Generalitat of Valencia, Spain, for his outstanding scientific work. In 2011 he received the Prince Sultan Bin Abdulaziz International Prize for Water (PSIPW) 5th Award 2012 on Water Management & Protection, Saudi Arabia, in 2012 the Recipharm Environmental Award, Sweden. and in 2014 a Doctorate Honoris Causa by the University of Ioannina, Greece. Chairman of the Scientific and Technological Board (STB) of the EU-Joint Programming Initiative on “Water challenges for a changing World” during 2011-2015.

From 2014 to 2020 he is the Coordinator of two European Union-funded projects: GLOBAQUA. Managing the effects of multiple stressors on aquatic ecosystems under water scarcity and JPI WATER-FACCE project AWARE: Assessing the fate of pesticides and water-borne contaminants in agricultural crops and their environmental risks.

Return to All Courses